Lourdes, the “wonder” of the host that flies leaves.

(Header  of the article) Unpublished images of an inexplicable fact that happened on November 7th, 1999 during a Mass, celebrated by French Bishops in the inferior Basilica of Lourdes. In the moment of the invocation of the Holy Spirit the Particle rose and remained suspended until the Communion.

It is a barely known event, though the images of the happening aired live on French channel “Antenne 2”. An extremely unique case (sustained by such a sensational tv recording so to take your breath away) that could be “an authentic modern Eucharistic wonder”. It cannot yet be officially called “Eucharistic miracle” because no Ecclesiastic Authority judgment has been issued, but it certainly is an event to meditate on.

To this “Eucharistic wonder” is dedicated the last chapter of the book of the journalist Renzo Allegri “The blood of God” (Ancora, 2005, 13 euro).  The book describes some of the most meaningful “Eucharistic miracles” of the history.  In  different periods in which there was a lack of faith in the real presence of the Body and Blood of Jesus in Eucharist – a cornerstone of Catholic doctrine – miraculous phenomena have occurred, with Hosts that have bled and have transformed into flesh.  Allegri’s book tells them in detail and without falling into “miraculism”. The volume ends with the description of what has happened in the inferior Basilica of Lourdes on November 7th  1999 during a solemn Holy Mass, concelebrated by French Bishops, many priests and all of the Superiors of the Trappist Monasteries in the world.

In the unpublished images taken from the video, that “Il Giornale” displays, you can see a close up of the minister who presides over the Eucharistic Concelebration, the Archibishop of Lyon at that time, mons. Louis-Marie Bille’ appointed Cardinal in 2001 and passed away the following year, on his left stands Cardinal Jean-Marie Lustiger. In the first of the three frames, taken from the video, it is clearly visible that on he paten in front of the Bishop there is a big white host. Hosts are actually two, much bigger than those used by Italian clergymen, as indeed customary in France for  Solemnities. At the beginning of the Holy Mass, the two hosts are shown in the video lying one upon the other, perfectly fitting together, making a single body to such an extent that it is not possible to realize that they are two and not one. They are lying on the paten – a kind of platter – and they perfectly stick to it. In the footage there are several frames that show them in that position and there is no doubt that the two hosts are physically lying upon each other and perfectly adhering to the paten. The unusual event occurs at the moment of the Epiclesis, that is when the ministers stretch out their hands on the bread and on the wine invoking the Holy Spirit.

It can be clearly seen that the upper Host detaches swiftly from the lower Host and rises.

The movement – Allegri writes – is impressive: The Host rises as if below it a spring had been triggered and it oscillates three, four times in the air, before stabilizing horizontally at around two centimeters from the underlying one  it stays in that position until the end of the Canon.

Television shooting emphasizes several moments of the ceremony, during which the minister moves around and it is possible to see through the two Hosts (one lifted in the air and the other lying on the paten) the colour of the garments worn by the celebrant. Since the footage with these images is quite long and rich in close-ups it can be determined with reasonable certainty that it is absolutely not the case of optical illusion or prospective deception.

Experts in the field, after a careful examination of the footage, have excluded in the strongest terms a technical manipulation of the images. Much less are conceivable threads or illusionistic tricks being perpetrated by the highest representatives of French Catholic Hierarchy.

Eucharist miracle? As said, French Ecclesiastic Authorities after several consultations have decided not to make any official comment. Though by seeing that video one feels an emotion beyond words because they can see with their own eyes something happening, which has no rational explanations. The author of the book quotes the opinion of a theologian present at the celebration, who thinks that “It is the case of a real supernatural sign” and that it has an ecumenical meaning, since for Orthodox Church it is precisely at the moment of Epiclesis that the Body and the Blood of Christ become present, to be then “offered” by Christ Himself through the words of the minister. According to Catholic Theology instead the action that consecrates and transforms the bread and the wine occurs a few instants later, when the celebrant pronounces the words: “This is My Body…”.

In the picture: the Particle at the moment of the invocation of the Holy Spirit lifted up, and remained  suspended until the Communion, during the Holy Mass concelebrated by French Episcopate in the inferior Basilica in Lourdes, on November 7th,1999 (Picture of Antenne 2).

Article of Renzo Allegri – Rome – February
“The Mystery of Eucharist”

…A curious event occurred in France in November 1999. During the Celebration of a Mass in the Inferior Basilica in Lourdes, at the moment of the Consecration, the upper Host (there were two big Hosts) lifted up and remained suspended in the air until the end of the Canon, before the final Doxology (“For Christ…”). The program was being filmed live by tv and thousands of people in their houses have assisted to the phenomenon. In France it also exists a video of that Mass, from which we have extracted the images reproduced in these pages.

The Mass was celebrated by the Archbishop of Lyon, with him were concelebrating the Cardinal of Paris, Jean-Marie Lustiger, all French Bishops, many Priests and all of the Superiors of the Trappist Monasteries in the world. On that occasion much larger hosts were used. At the beginning of the Mass hosts lie one upon the other, close fitting to the Paten (a kind of platter).

In the footage there are several shots that film them in that position and there are no doubts that the host is physically lying upon the other. At the moment of the Epiclesis, that is when the ministers extend their hands invoking the Holy Spirit, it can be seen that the upper Host detaches from the lower one – that keeps being tight to the Paten – and rises. The movement is impressive: the Host rises as if below it a spring had been triggered and it oscillates three, four times in the air before stabilizing horizontally. It stays in that position until the end of the Canon. Miracle? Ecclesiastic Authorities,  after being questioned several times, have decided not to comment. But thousands of people have seen that phenomenon on TV.

Renzo Allegri mentions the fact
in the last chapter of his book. 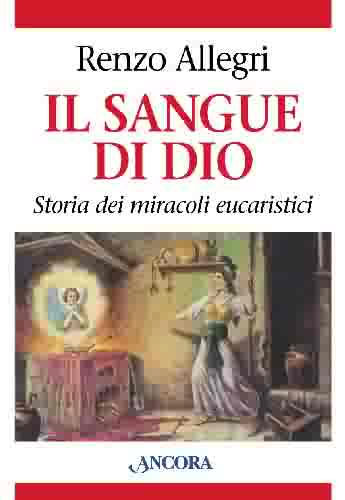 The Pope declared the year 2005 “Eucharistic Year”, dedicated to the Mystery of the Bread and of the Wine that become Body and Blood of Christ in the Mass. A travel in the many inexplicable wonders that had happened through the Centuries. 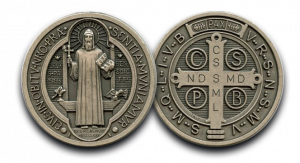